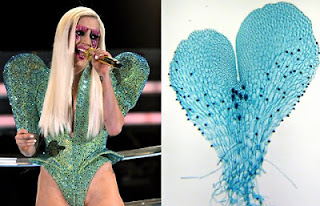 Labels: ferns in the media

Not sure I see the similarity, and you're comparing the haploid fern to the diploid humanoid. But there are stranger, and funnier, honorifics out there.

This is funny. Ah, how pop culture invades the hallowed halls of science.