The Preservation of Favored Traces 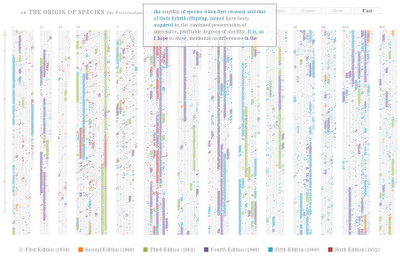 A brief aside from ferns: a grad student friend just sent around a link to a really cool web-project based on Darwin's Origin of Species, called The Preservation of Favored Traces. It traces all of the edits Darwin made to the Origin as it went through six editions during his lifetime. This project traces them, color-coding by edition, and if you mouse over it you can read the color-coded edits. It's sort of mesmerizing, and a great distraction if you're a bit of a Darwin geek, or even if you're not...
Posted by Emily at 10:31 AM No comments: 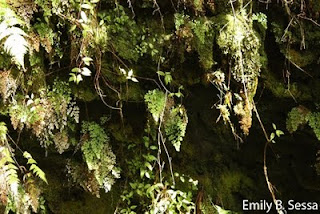 One more post about lava; specifically, lava tubes. We visited the famous Thurston Lava Tube in Volcano National park, a giant tunnel left in the surrounding lava by a flowing lava wave that passed through, hollowing out as it went. The entrance to the tube is in a depression that makes a nice little micro-climate for many ferns, which are draped luxuriously around the entrance. Adiantum is the most common fern in these photos: 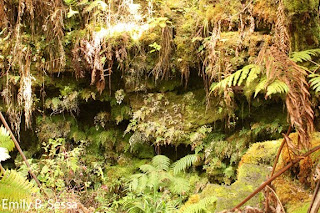 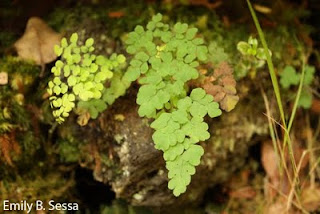 Once you get inside the lava tube (next picture), you're not done with the ferns... around every one of the light fixtures installed to illuminate the tunnel, spores have germinated and ferns are growing. A testament if ever there was one to ferns' ability to photosynthesize in low light conditions! 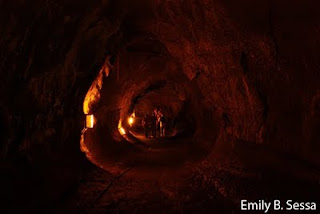 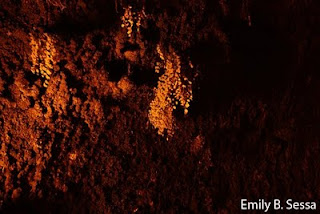 With the flash off, and then on: 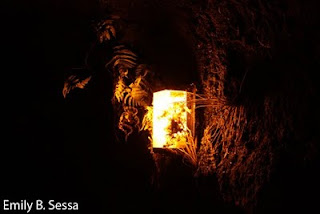 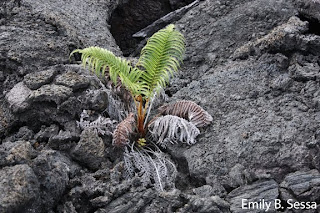 The most conspicuous feature of Hawaii, for someone who has never been there before, is undeniably the lava. The entire terrestrial surface of the islands is made of this stuff, a dark, craggy, ominous-looking substrate which looks suspiciously like it should still be hot to the touch from its eruptive moment of creation. In fact, for much of the lava on the south-east side of the Big Island, in the active volcanic zone, this is almost literally true. Many of these flows were formed within the last century, some of them in the last 30-40 years, and lava is still actively erupting today.
The next thing a newcomer to Hawaii might notice, after oggling the lava, is the green stuff on the lava. That would be the plants. And in most cases, the first colonists and only plants intrepid to live out on this stuff, are ferns. Ferns are excellent dispersers because of their lightweight, durable spores, so they are often the first plants to reach newly-available substrates, like lava. Here's a small sampling to give you a feel for the desolation of the lava, and hopefully, an appreciation for the indomitable nature of the ferns that live on it!

The ferns in the right photo above and at the top of this post are species of Sadleria, and the small ferns in the next photo down are Polypodium pellucidum. 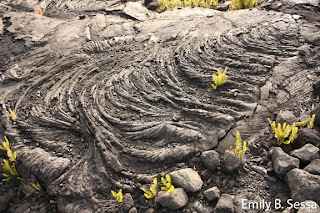 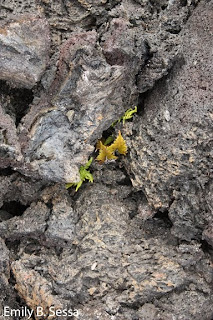 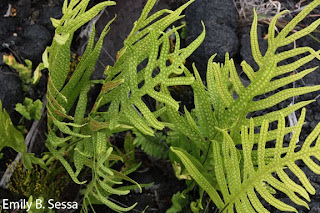 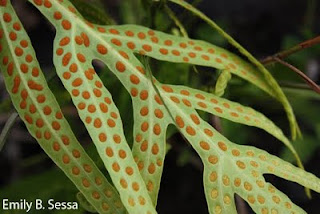 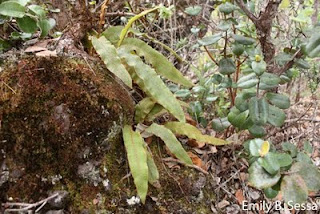 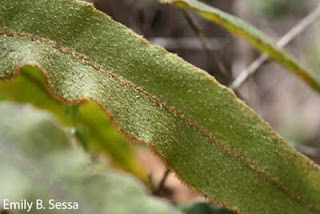 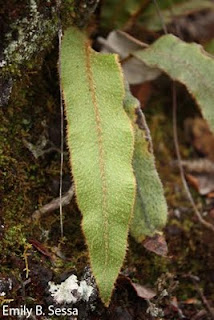 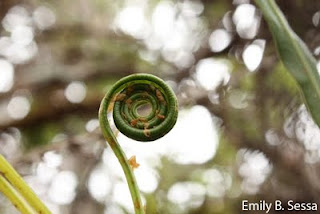 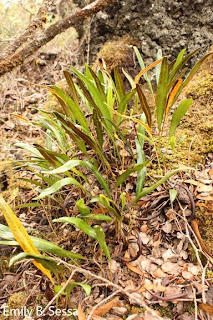