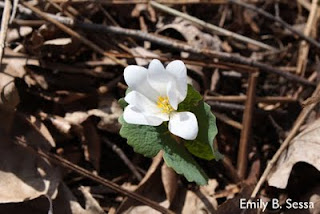 I hope you'll forgive me a diversion into flowering plants... the spring flora of Wisconsin is particularly beautiful and full of lovely flowering things. Even I can appreciate them, and some of them photograph uncommonly well. There will probably be a few posts after this one that feature angiosperms, as I visit a few rich sites with public field trips and the class I'm TAing. Then it will be back to ferns! These flowers are all from the bluff in Grant County I've written about in the last few posts. The plant above is Sanguineria canadensis, the Bloodroot. Next is Wild Ginger, Asarum canadense: 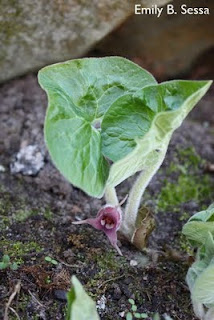 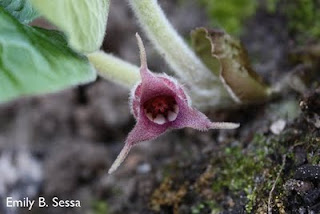 Next we have, in this order: Spring Beauty (Claytonia virginica), Birdsfoot violet (Viola pedata), Pussytoes (Anntenaria neglecta), and a buttercup (Ranunculus): 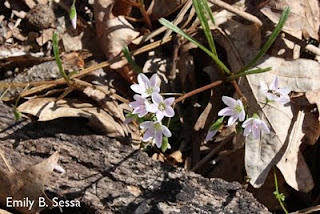 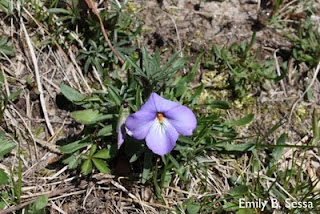 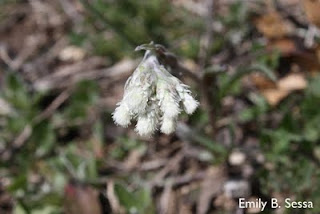 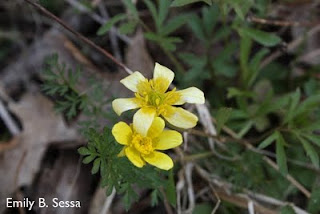 Then we were lucky enough to find Hepatica still in bloom; usually all I get to see are its liver shaped leaves with the flowers long gone: 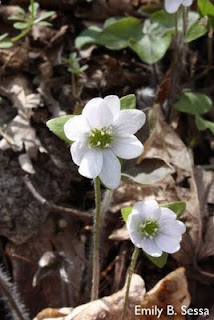 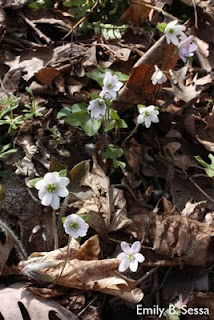 And finally, a mainstay of the spring flora here, Dicentra cucullaria, Dutchman's breeches: 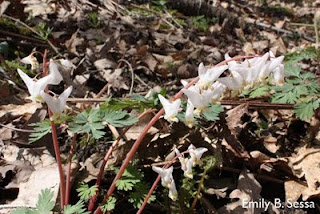 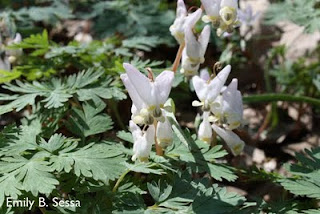 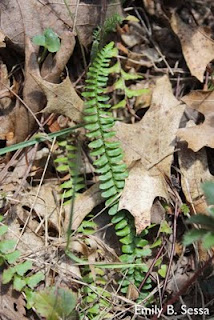 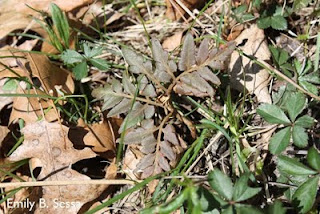 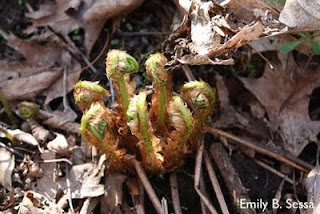 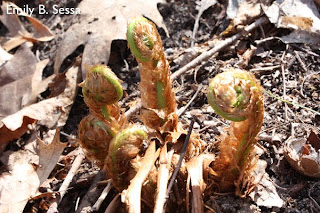 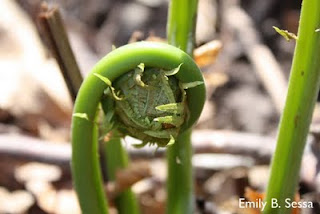 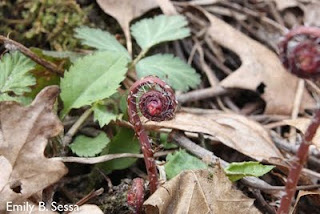 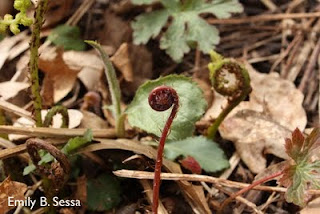 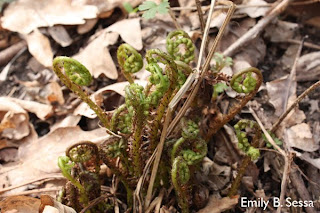 More fiddleheads from the bluff in Grant County, WI. The last post focused on the ubiquitous Interrupted fern, while today's highlights another fern that was abundant at this site: Lady fern (Athyrium filix-femina). Athyrium can be very diverse, even among plants in a single location, as these photos demonstrate. Some of these plants had green stipes, while others were brown to purplish, and they had a variety of different scales and hairs. This species is easy to identify at this stage because of this variation, rather than in spite of it. 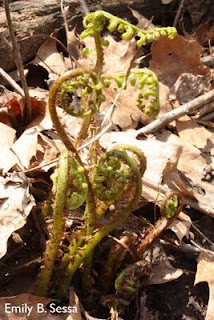 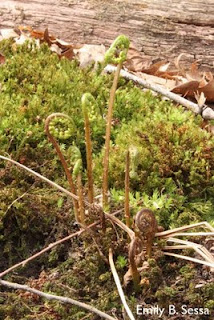 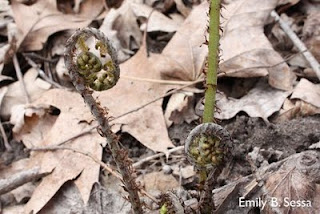 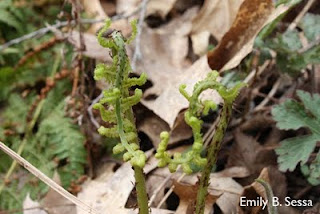 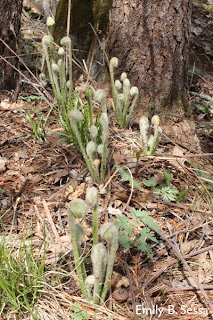 Today I went on my first fern field trip of the season, in Grant County, Wisconsin, with Susan and Steven Carpenter (of the UW Arboretum and Zoology Department, respectively). We had a great time! We spent several hours walking all around a huge, forested bluff and saw lots of plants. Spring has been extremely slow in arriving this year, so though the ferns were abundant, they were mostly still unfurled fiddleheads. It was interesting to see several different species side by side in this early developmental stage, and I'll post pictures of the ones we saw over several posts.
The most dominant fern at this site was clearly the Interrupted fern, Osmunda claytoniana. This species is easy to tell even this early because of the white fuzz of hairs that covers the fiddleheads and is also present in other close relatives, like the Cinnamon fern. With O. claytoniana, though, you can actually see the fertile pinnae that will make up the "interrupted" part of the frond even when the fiddleheads are quite small. This species was all over the north-facing side of the bluff, and according to Susan and Steve it becomes almost forest-like itself by summer! In the first photo below you might be able to make out some of the clumps of Interrupted fern covering the rocks... and once you've found a couple you'll probably notice more and more... 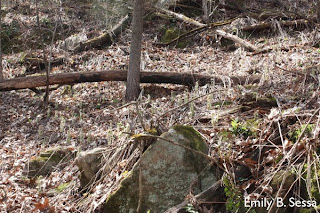 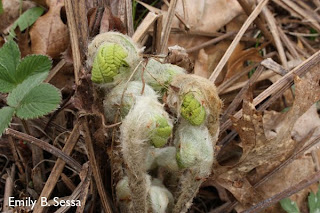