I finally took a field trip this weekend to a site I've long wanted to visit - Fern Hammock Springs, part of the Juniper Springs Recreation Area in Ocala National Forest, south of Gainesville. The site lived up to its name, with quite a few fern species, including several that are endemic to the southeastern US but that I don't see often. 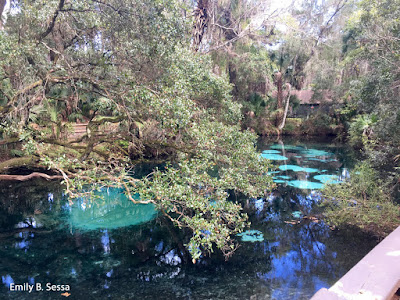 Dryopteris ludoviciana is also known as the Southern Shield Fern. It has one of the narrowest ranges of ferns in the genus Dryopteris, and is endemic only to Florida and parts of other southeastern states.

Lygodium japonicum is a vining fern that's invasive in the US. It was introduced from Asia several decades ago and there are places where it and another invasive Lygodium, L. microphyllum, can be extremely intrusive and damaging weeds.