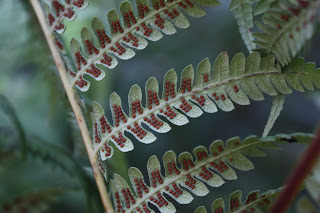 You may have noticed a distinct lack of ferns in the last few, Australia posts... that's because I've been saving the best for last! We did indeed see lots of ferns Down Under, though unfortunately I know very few of their names. All of these photos were taken in the various eucalypt forests we drove through, and there will be three of these fern-centric posts to round out my series on this summer's Australian adventures.

This is a tree-fern stump that was burned in the recent, awful fires that consumed thousands of acres around Marysville in January 2009. This fern didn't survive, but the vascular structure that remains inside the trunk is beautiful. 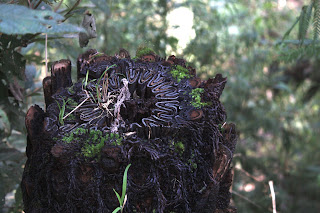 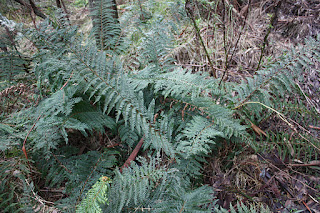 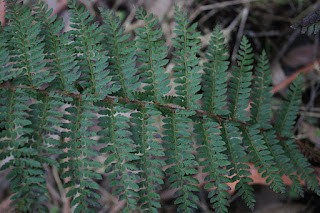 Blechnum sp., sterile leaf first, then fertile, then both together: 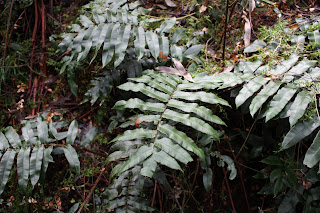 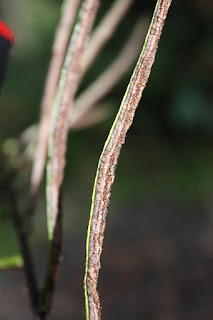 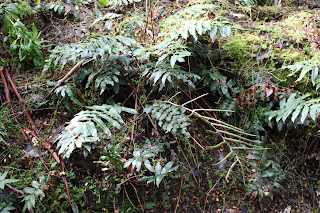 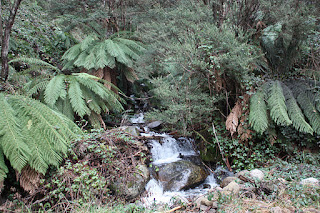